Hello! I’d like to share a few things that have worked for me, and some things I want to do that could use some help.

The informal, MacOS 7.5 style background patterns have a wonderful feel. Yet, I personally find those and most current options quite distracting.

I’ve used the Subtle Patterns site to get a bunch of backgrounds that aren’t super serious, but work for me. 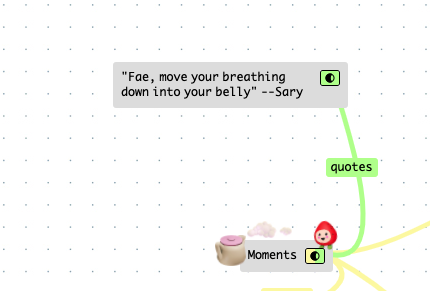 I’ve been using them in all my spaces, and I like them a lot.

Subtle Patterns can be freely used in projects with attribution in the HTML.

There’s no real problem with uploading a pattern, my Kinopio upload folder defaults to these patterns. But they’re a nice option which only requires attribution, and I wanted to suggest them.

A thing I do is use canvases with groups, which help guide visual mapping while still allowing for creativity.

The Ways Of Working canvas is a good example.

Another personal favorite is the Empathy Map, which helps put observations of user and customer behavior into context. 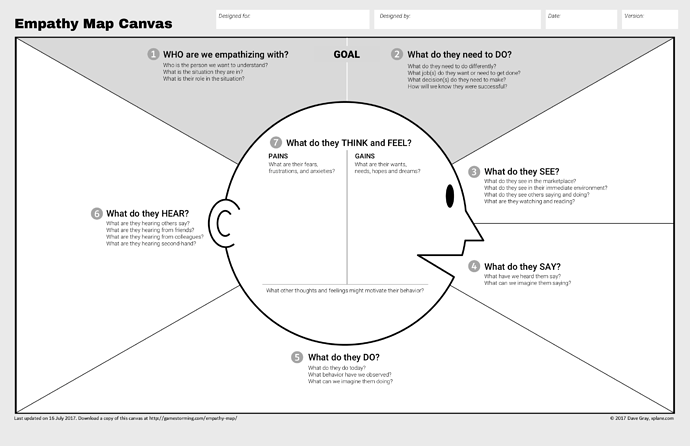 I’m trying to decide whether to create a Kinopio template for these canvases, or to ask for the ability to place backgrounds as a fixed image in the center. Sometimes, the form of the canvas (the empathy map being a good example) helps a lot.

Also uncertain the best way to translate a canvas like this into a template.

Sweet, thank you for sharing.

I dig your idea of “canvases”—I’ve thought a lot about this before. I’ve played around with using cards and connections to create fences/some structure like this: https://kinopio.club/magic-quadrant-7GZrOrOw2diOUc5Njb98z I also use Kinopio for team retrospectives and looked for a way to more formally group items.

I’ve considered using backgrounds like you are doing here. I had one idea to create a chessboard background, and then cards with chess pieces, so I could invite people to play chess. It’s a bit tedious to make the background in a good position, so I think I understand what you’re asking about the ability to fix an image in the center.

I’ve played around with using cards and connections to create fences/some structure like this: https://kinopio.club/magic-quadrant-7GZrOrOw2diOUc5Njb98z

Yes, I saw this. It’s a bit… high-friction when I’ve tried it? Lots of fiddling, many small microinteractions.

The ways of working canvas, where it’s a series of questions, with spaces to answer, that seems to be something that doesn’t require the “lines”.

Others, like the empathy map, or a journey map, those seem to need more experimentation. The defined quadrants, spaces, etc. have semantic meaning.

Yes, I saw this. It’s a bit… high-friction when I’ve tried it? Lots of fiddling, many small microinteractions.

I totally agree – it was an experiment and it didn’t stick. But it does point to a need here that you are highlighting.

Yes, I want a way to give semantic meaning to a group of cards

I use dot grid pretty often too! I also search for free printables e.g. todo lists/weekly planner and set them as the background.

I created a template once (this space) and it was relatively straightforward, had to resize a few times. There’s limited flexibility to how space can be used after though, which I disliked.

As for canvases, I just resize the image according to width/height that’s suits my monitor and use them as the background. The tiling is inevitable but no big deal to me as most of it is outside of the default view anyway. Something like: