The jiggle animation that plays when you are dragging a card can make it hard to tell where the card is going to be placed exactly.
Paraphrasing Pirijan on Discord - after I brought this up and suggested that the jiggle animation should be adjustable/toggleable: (there’s already a separate thread about that)

[1:56 PM] Pirijan, Kinopio creator:
there might also be an alternate way to do this by drawing a destination dot or some other marker that’ll precisely indicate where the dropped card will land while it jiggles

I quite like this alternative, in my head it’d look somewhat like this - with the card casting a “shadow” of itself: 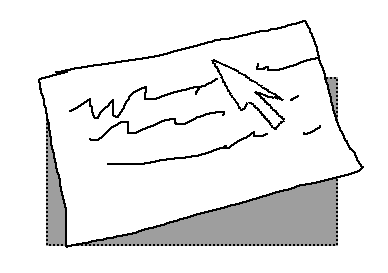 Here’s a case where Snapping relative to other cards to allow tidying cards might be the right solution, rather than manually positioning cards.