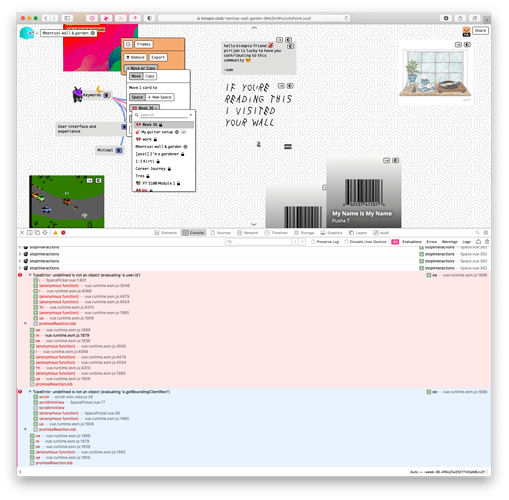 I’m seeing two JavaScript console errors when I open the Move or Copy dialog, then open the space browser. Despite the errors, I was able to copy the card to the selected space.

In a previous run, when I was trying to move the cards, I got the spinner but the card did not disappear. I tried a few times with the same behavior. When I navigated to the destination space, I observed that the cards I tried to move did in fact move, and multiple times, so now I had multiple copies (corresponding to the number of times I tried the move request). I haven’t been able to reproduce that scenario again yet, though.

working on this now, i’ve been able to repro

just released a fix that includes: