I am seeing a regression. The space between words is noticeably wider. See those two screenshots. It was also apparent to me without comparing.

Also, was there any font change recently? I see that my cards with cyrillic texts appear a bit broken

i’ve reverted all recent font updates, i’ll look into this more in the future when i can 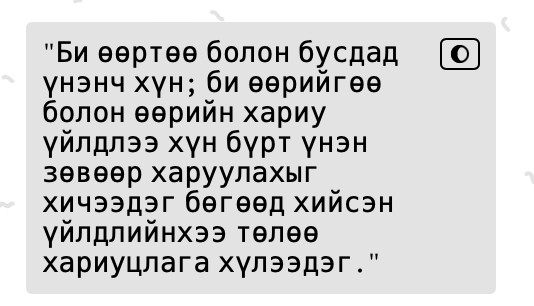 the root of the problem appears that the updated font had cyrillic characters (so wasn’t falling back to monospace like it now is again) – but those characters had too much spacing around them specified, which might be something i’d have to hand tune later