i can’t afford the official rip-off version which looks like it’s owned by google https://whats.new

but I can make my own version (with like https://kinopio.club/new) in like not very long at all

is this something you’d want or use?

aside: even if i could easily justify the cost of kinopio.new ($500~ i’m told), I wouldn’t do it out of principle. I think it’s p shady that a private megacorp can just create and exclusively own a whole TLD

I probably wouldn’t use /new myself given I mostly interface with Kinopio on iOS with the web app installed.

should just /new (blank) create a new space, or should it send you to a space that included documentation for all the /new routes?

I would do just “/new” which creates a blank space for you.

I’m not the target audience for this feature, but I think the ability to name through the link is pretty useless, especially with limitations like spaces and case.

Side note for people who use .new regularly…

Do you type it out each time or do you have it bookmarked?

I don’t use any of the existing .new domains, but that’s probably because I don’t live in Google-land or Glitch or Codepen, etc. I think I would use kinopio.club/new if it existed.

The use case I’m thinking: often times, I want to create a new Kinopio space because I want to jot down some notes, maybe a meeting has started, maybe something popped into my head. The current way to do that is rather circuitous – I have to tab over to it in my browser, then use my mouse to go click at least twice. This has the disadvantage that it takes the place of whatever space I had open, which is usually for a reason. Since this is quite tedious, what I often do is just write my cards in whatever space I have, and then move them later. Or I throw up my hands because the thought/inspiration is gone.

I think having a kinopio.club/new route to create a new space would be super useful and being a URL makes it very flexible. You could bookmark it, add a keyboard shortcut for that bookmark, set it as your homepage, launch it from the command-line, for example. I would personally prefer just /new and none of the other ones. They are longer to type, and don’t seem useful to me.

Side note: I think it having a keyboard shortcut while inside of Kinopio to create a new space is still useful, but that is for a different case than what I’ve described.

that all totally makes sense, thanks for the detailed insights.

I got the new routes:
/new/today, /new/tomorrow, /new working in development. Tomorrow morning I’ll QA it, then ship it, then write some help docs before.

I’ll use this for sure

this is now shipped, let me know how it goes 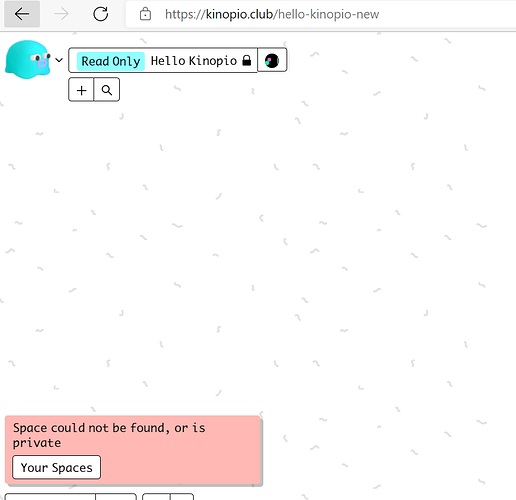 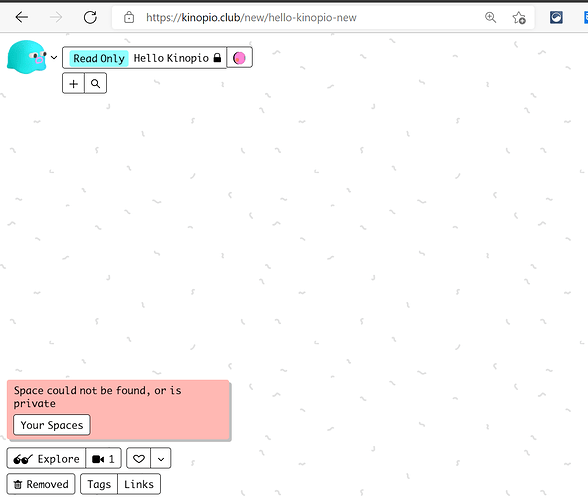 @yogi that’s the behavior I saw before the feature was shipped. have you reloaded?

i just released another update so please try again in 2 mins (after 11:48am).

what url are you using?

ah ya, you have to use /new/tomorrow