Hi, I don’t have exact repro steps, so I know it’s probably not super useful, but wanted to document some errors I saw while I was collaborating with my team and users were creating and moving cards. 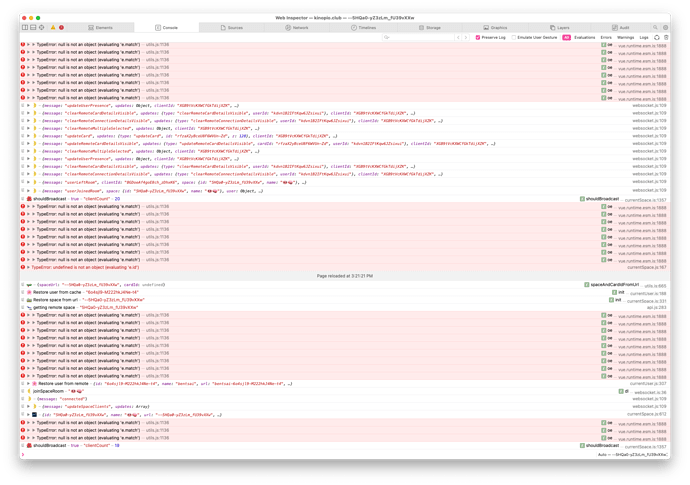 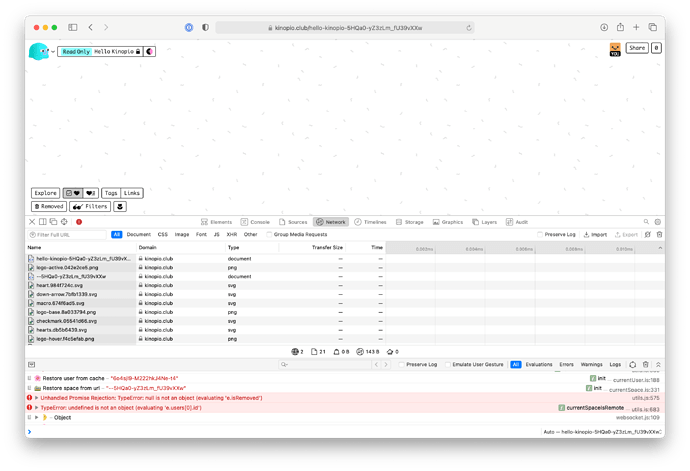 From a separate computer, I can’t load this space

is the space still loadable?

as part of a performance update, I’ve rewritten a lot of that code so it may incidentally be fixed tomorrow when i ship it

I tried just now to load on the separate computer (Safari Tech Preview) and I got the same errors as in the above screenshot (Unhandled Promise Rejection: TypeError, …)

I went in manually and deleted the entry for the space in my LocalStorage. Then I could load the space.

eep, I’ll look into this soon too - thx

added a potential fix for the console errors that might prevent the observed issue. lmk if observed again