I wasn’t able to recreate this situation, so it might be specific to this card, but wanted to mention some issues. First, I noticed that on Microsoft Edge, the image preview of this space was missing: 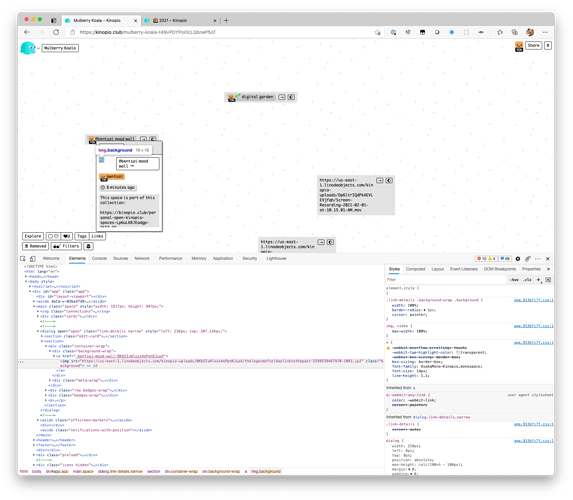 When I investigated, I saw that the file is jp2. It doesn’t seem like Edge supports JPG 2000.

The second thing I noticed was, the image doesn’t correspond to the background of my https://kinopio.club/-bentsai-mood-wall-BKbSIvWlxzx4oPpnKJuoX space. It is an image I’ve uploaded before, but don’t know why Kinopio grabbed it for this preview.

Here’s the space with the wonky preview:

I don’t current do any image conversion, so it seems like the original file that was uploaded was jp2. That jp2 file appears to be the current background, but just doesn’t render as a background cuz I check the extension there. 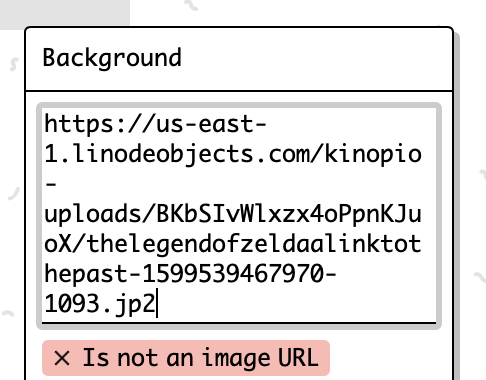 I added a fix to remove the space background when you close the background dialog if the image is not a valid image url.

I also manually removed the background jp2 image from your space to fix this specific incident.