To be honest, I have no idea what the “bird” icon here is :). Maybe some tooltips could help? 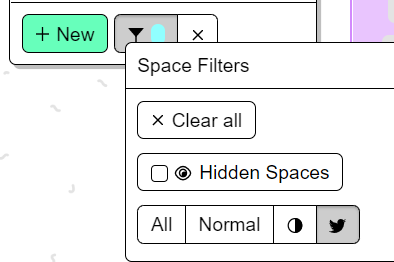 That’s the twitter icon, and that button filters to spaces that were created by the twitter thread save feature. Although that feature might be broken currently

I suspected this, I just had no idea how to use it and what it does. Some info would be helpful.

The twitter feature ended up being waaay less popular than I hoped it’d be. Considering that even the most avid users of the feature have like 5ish tweet spaces, maybe I should just remove/hide the twitterspace filter option entirely?

At the very least, it prob doesn’t make sense to show the icon if you don’t have any tweetspaces…

Yeah, I don’t think it’s worth having its own filter for (even if it had been popular, I would question whether to make it first class). My vote would be to remove it entirely. Esp now, less association with twitter the better

just shipped an update to remove the option 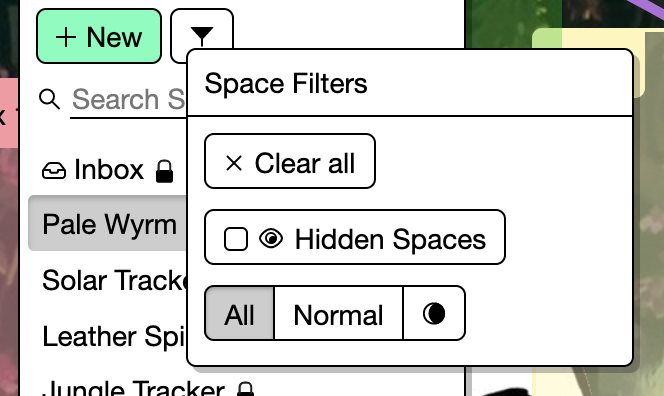 Hmm, what if you save tweets into your inbox instead of special spaces?

Oh, that is true!

Because this feature saves whole threads, that’ll potentially be a lot of cards