sometimes I misclick on cards and click on split into x cards, and have to rewrite them again.
I am wondering if a merge cards option would be possible as a helpful tool in case of misclick and generally useful feature since an undo keybaord shortcut is not yet universal.

I have this same request as well. In my case, sometimes the splitting algorithm doesn’t work the way I want it, or I want to combine two sentences that were correctly split. Right now it is a bit tedious to edit card B, select all, cut, edit card A, move cursor, paste.

would you only use merge in the case of a mistake? If that’s so I wonder if instead proper undo is the better solution

Proper undo would be a great help for lots of common situations. In my use cases for merging, it wouldn’t help:

i would use merge in other cases i’ve been trying to reduce the number of cards recently to avoid too many cards taking up space and have more space for other things in my mindmap.

but I think a proper universal undo should be the priority, it would be much more useful if that is what you’re asking.

I think a merge feature would be useful in cases besides undoing an accidental split.

this is ready for testing on staging at https://deploy-preview-257--kinopio-client.netlify.app 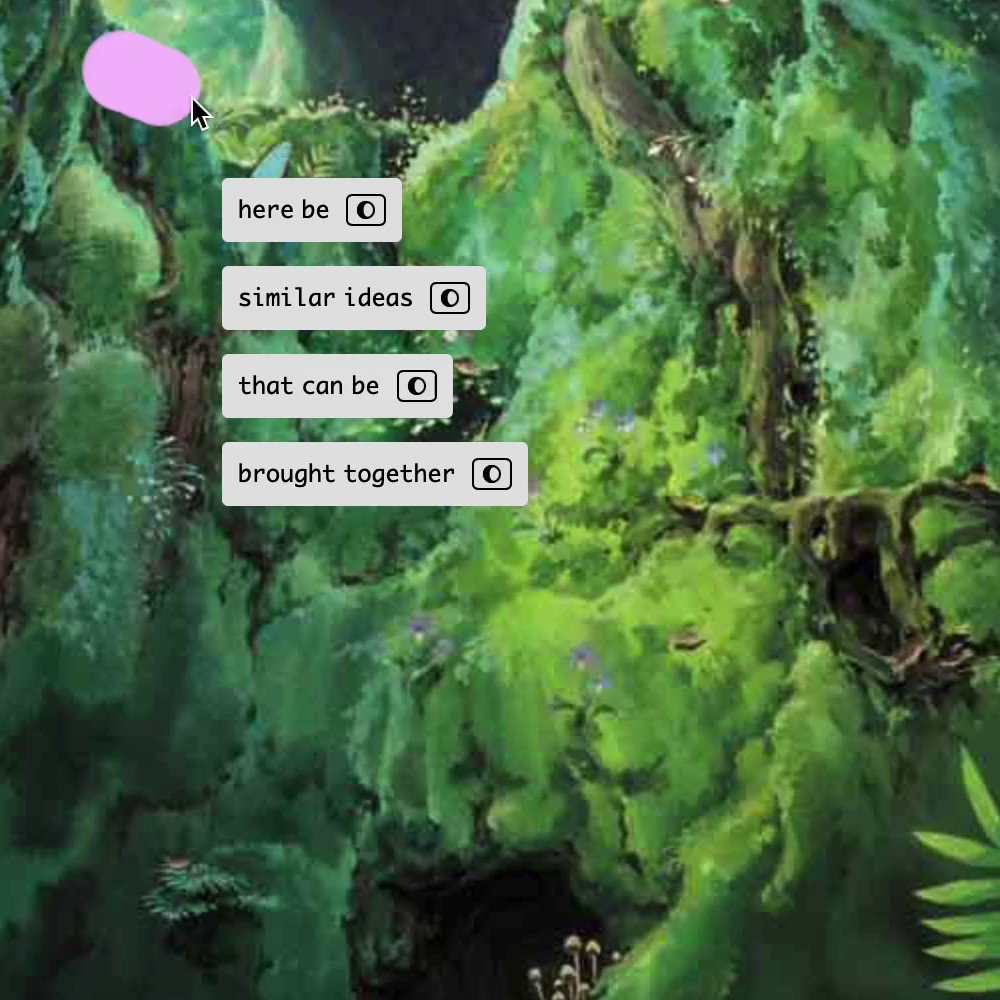 Merge and Split Cards [new] Paint select multiple cards to merge them together. You can also paint a single card with line breaks to split it. ＿φ( °-°)/ Sometimes, it's helpful to bring related ideas together. Other times, big ideas need to be split apart. https://t.co/Ih22wLZIVK
2 Likes