UI suggestion: Replace connection with a new one

Sometimes I want to change the color of cards. I can click on the connection and change it. However, what if I could also drag a line with new / default color and replace the existing line?

Dragging a new line between the same cards:

in the future, I’m planning on having dragging lines bend the line curve so that interaction is kinda reserved right now

To clarify, I think what @CatoMinor was asking for is dragging from the connection button of ## 2021 to Digital humanities, rather than dragging on the connection line itself.

The current behavior is a noop, since a connection in that direction already exists. And what the request is for is to replace the existing connection with the new one in order to get a new color.

oic thanks for clearing that up, makes sense

I feel like this behavior could end up being confusing and doesn’t seem to save time vs clicking the connection and choosing the new color. Especially because you can highlight a bunch of connections at once and mass update them already.

Worried that
A) since Kinopio factors in direction you could think you are switching the connection, but instead end up making one in the other direction, or vice versa.

B) if you have a cluster of cards and accidentally reconnect to a card that already has that connection instead of the intended target, you’d switch it on mistake causing more confusion and required updates.

It’s nice, imo, that changing and creating are separate behaviors.

good counter point, one of the inspiration for kinopio connection lines are irl modular synthesizers where you connect patch cables between different nodes 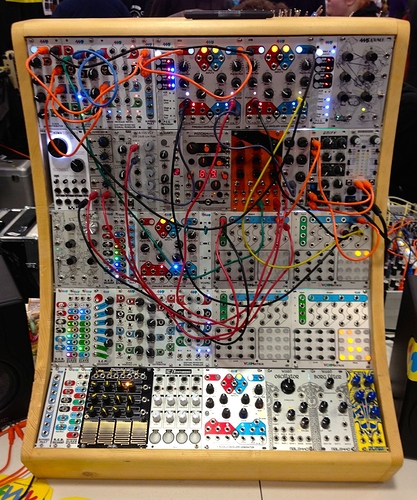 in the physical case of cables to nodes, connecting a cable to an occupied node is impossible/fails because that node is already occupied by a cable.

For me this makes sense: I take a new cable and replace the old cable. I also don`t want to always click on the existing line and open the pop-up menu.
But I get also the reasons for not implementing that.